Championship of Badminton, Chess and Karate

The 33rd National Sub-Junior Badminton Tournament 2019 was organised by Bihar Badminton Association from 6th to 10th November, 2019 at Bhagalpur. Arshh Sharma of Class VII A participated in it and represented West Bengal in the U-13years category.

Pritam Shah of Class VIIAparticipated in Kata in the U-12 yearscategory and won the silver medal. 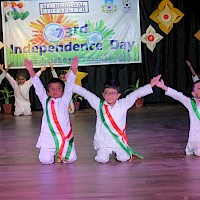 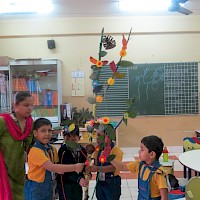