The Telegraph Awards for Excellence 2021, our school received the following awards: 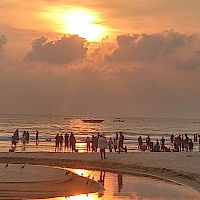