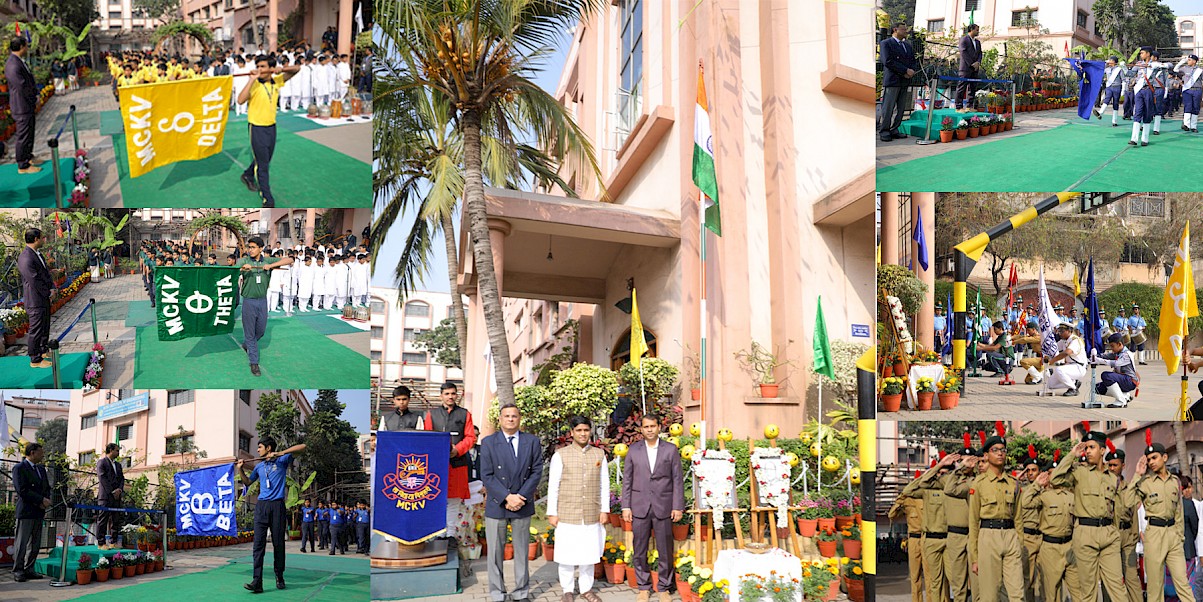 The 71st Republic Day was celebrated in all its solemnity and grandeur at M.C. Kejriwal  Vidyapeeth on 26th January 2020. The day's events were started off with the welcoming of the Chief Guest Dr. Aparup Konar, Director of Physical Instruction, Sports Board,  Jadavpur University, by our respected Principal, Mr. Neelkantha Gupta adorning him with an uttorio. The ambience began to reverberate  with the drum beats as the four houses presented a flamboyant March Past. The salute was taken by the Chief Guest, Mr. Aparup Konar,  who also unfurled the tri-colour.

The students saluted the National Flag and pledged to uphold the honour and integrity, diversity and uniqueness of India . The choir group presented the Patriotic song, " Chal re chal sob Bharat o santan " which imbibed in all a feeling of patriotic fervour. Though our nation achieved freedom on 15th August 1947, she had a rebirth on 26th January, 1950 with the enforcement of the Indian constitution that gave her the status of being a democratic, secular and sovereign. This idea was asserted firmly through an extrapolation, highlighting the difference between Republic Day & Independence Day, performed by Subhankar Verma and Aniruddha Kumar Singh. The school Vice- Captain spoke at length on the importance of the Republic Day and the role of the students in upholding it.

Co-curricular activities  is the backbone of the schools of the modern era. M.C.K.V. hosts a plethora  of activities to hone the latent talents of the students.  Winners of the Inter-House  Elocution Competition at  different levels were awarded prizes by our Chief Guest . The Chief Guest was felicitated with a memento as a token of our gratitude. Dr. Konar bolstered the spirit of the students through an invigorating speech and urged them to do their best and feel proud to be an Indian

The programme came to an end with a vote of thanks proposed by the Assistant Student Editor, Soham Ghatak. 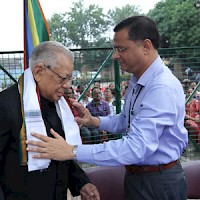