A sudden mention of ‘Houses’ in the context of a school may instantly remind youngsters of ‘Hogwarts’ and all the connotations of the sorting hat. However, the term ‘House’ derives from English boarding schools where students once lived in a series of modest dwellings. The House system was implemented in M. C. Kejriwal Vidyapeeth with an intention to give its students an identity and a sense of pride in a supportive, secure environment.The four Houses of MCKV have the names of four letters of the Greek alphabet: Alpha, Beta, Delta and Theta, each being represented by red, blue, yellow and green colours respectively. Having said that, the House uniform that we see today, was different in the initial years. Back in the early days, it was all white with stripes matching the House colour. A re-organisation of the House system took place more than a decade ago when the concept of the ‘Cock House Cup’ was introduced. The main aim was to inculcate the spirit of healthy competition among the four Houses through a wide range of activities and events. 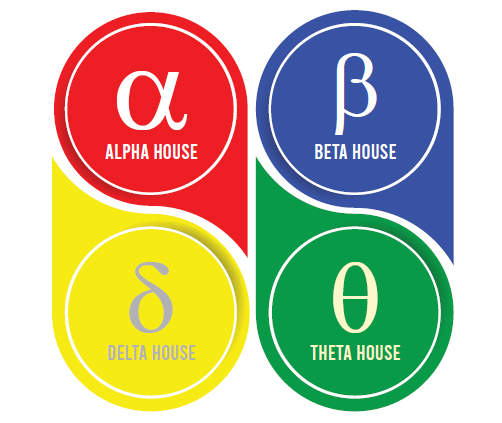